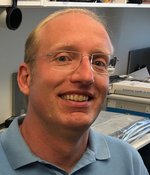 Giuliano graduated in 2000 in Pharmaceutical Chemistry and Technology at University of Genova, Italy. Then, in 2005, he earned his Ph.D. in Neuroscience at the International School for Advanced Studies (SISSA), Trieste, Italy. After two years Postdoctoral Fellowship at SISSA, in November 2008, Giuliano won the national selection for Assistant Professor in Pharmacology and was appointed, with a full time permanent position, as principal investigator for the SPINAL Lab SISSA-IMFR in Udine where he leads a group of four researchers.

In the past seven years, Giuliano has been a faculty member of SISSA, where he held classes and mentored students for the Ph.D. course in Neurobiology and Neurosciences. He has also been adjunct professor for the courses of “Neurophysiology” and “Plasticity and recovery” for the Universities of Udine and Trieste, Italy.

Since October 2015, he is a visiting Scholar in Prof. Edgerton’s laboratory, funded by a Marie Sklodowska-Curie Individual Fellowships (GF).

Giuliano’s research activity is driven by the will to participate in realizing the commonly shared dream of turning spinal cord injuries into a curable condition in the near future. To do so, he focusses on spinal neuronal circuits for locomotion. Giuliano is interested in spinal cord pathophysiology, especially as for neuroplasticity, sensory motor integration, neuroprotection, muscle function, pain and repair of the peripheral nerve.

Giuliano’s expertise ranges from neurochemistry to electrophysiology, primarily applied to in vitro spinal cord preparations isolated from embryonic and neonatal rodents, on which he performs intracellular and extracellular recordings from single spinal neurons, spinal roots, peripheral nerves and muscles.

Recently, he identified new protocols of electrical stimulation, which support in deciphering the functional organization of spinal networks and in clarifying the logic about spinal cord integration of afferent stimuli. Moreover, these protocols deserve a preclinical validation before being proposed for a more efficient neurorehabilitation to reactivate locomotor neuronal circuits.

The main aim of his current research is to study how the direct electrical stimulation of the spinal cord combined with intense and targeted motor training, induced volitional motor recovery in persons with chronic and complete spinal cord injury.

Recordings from neurons and muscles in experimental preparations and in preclinical models are performed associating classical electrophysiology and new breakthrough and versatile technologies.

The ultimate goal of his study is the development of a targeted pharmacological treatment associated with the design of a nanostructured epidural array for a more effective stimulation to restore functions after a SCI.